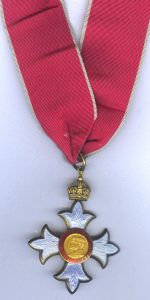 Ian Bauckham, the Chief Executive Officer of the Tenax Schools Trust and formerly Headteacher of the Bennett Memorial Diocesan School in Tunbridge Wells, has been awarded a CBE in this year’s Queen’s Birthday Honours List. The award is for Services to Education.

The Tenax Schools Trust expressed its delight that Mr Bauckham’s very significant contribution to education locally and nationally had been recognised in this way and extended its warmest congratulations to him.

Under Mr Bauckham’s leadership Bennett Memorial Diocesan School flourished, was designated as ‘outstanding’ by Ofsted, and became a Teaching School, supporting other schools in the area.  He led the establishment of the Tenax Schools Trust, a Church of England multi-academy trust. He serves the South East and South London Region as a member of the Headteacher Board and is recognised as a National Leader of Education.  Mr Bauckham served as President of the Association of School and College Leaders (ASCL) in 2013-14.

He serves on the Trustee Board of the National Foundation for Educational Research and is Chair of Trustees of the Sabre Charitable Trust, a charity which is working to build a brighter future for school children in Ghana.

Lady (Jackie) Evans, Chair of the Tenax Board of Trustees, said: “Ian is absolutely committed to improving educational opportunities for young people, and Trustees are delighted that Ian’s very significant contribution to Education both locally and also at a national level has been recognised with a CBE.”

The Venerable Clive Mansell, Archdeacon of Tonbridge and, until recently, Chair of the Rochester Diocesan Board of Education, commented: “I heartily congratulate Ian on being appointed a CBE. It is very highly merited. His commitment to Church School education locally, in the wider Diocese of Rochester and beyond, has been tremendous and is enormously valued. His Christian commitment inspires him to seek the best for all young people in our schools.”

Reacting to news of the award, Ian said: “I am honoured personally and on behalf of those with whom I have had the privilege to work to be given this recognition.  I have been fortunate to have had many wonderful colleagues both at Bennett and in other organisations, and am profoundly grateful for their hard work and support.”

Ian was appointed Headteacher of Bennett Memorial Diocesan School in 2004 and the school excelled under his inspirational leadership.  His commitment to establishing best educational practice combined with a culture of high expectations ensured Bennett students consistently achieved highly both in examination results and in wider ways.  Bennett was regularly among the top 100 non-selective state funded schools in England, which continues under his successor as headteacher, Jon Sparke.

He has worked closely with those in the Diocesan Board of Education in the Rochester Diocese and the Chichester Diocese and has made a significant contribution to Church School Multi-Academy Trusts within the fast-changing landscape of schools and education. Tenax was one of the first trusts to work with Church of England schools across more than one diocese.

Ian continues to support education nationally in a number of ways and serves on a number of advisory boards.  Originally a modern linguist, he is particularly committed to the improvement in languages education and has worked recently with the Teaching Schools Council on this issue, authoring a national report on languages in 2016.